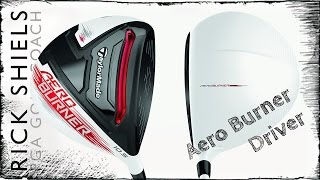 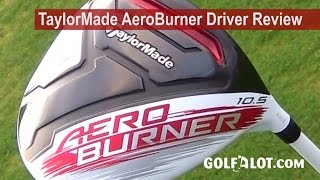 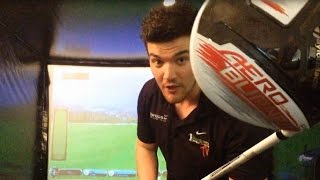 Amazon.com
Best Deal
Add to wishlistAdded to wishlistRemoved from wishlist 0
Last updated on May 19, 2022 8:56 pm

The Taylormade AeroBurner Driver offers incredible distance and forgiveness regardless of a player’s handicap or skill level. One of the core theories in golf is that in order to obtain greater distance one must achieve faster club speed. Now there are a few ways to go about doing this, including reducing the weight of the club, having a longer shaft, or by having a more aerodynamic club head. TaylorMade has combined all three of these requirements when designing the AeroBurner Driver. Designed with an advanced aerodynamic shape, a raised center crown and hosel fin, and a new and improved Speed Pocket, the Taylormade AeroBurner Driver is truly one of the fastest and most aerodynamic drivers on the market today.

The TaylorMade AeroBurner Driver is a great club that is lightweight, forgiving, and designed to provide a high amount of speed, making it the perfect combination for players wanting to get greater distance off of the tee.

The Taylormade AeroBurner Driver truly incorporates the very best in technology and design. While it may look unassuming the AeroBurner boasts subtle yet very significant aerodynamic upgrades that ultimately help players create faster clubhead speeds. These upgrades are brought about by an advanced aerodynamic clubhead shape, raised center crown, and hosel fin. By working in unison, the AeroBurner can increase clubhead speed by reducing the overall drag of the club. Furthermore, the AeroBurner’s Open Channel Speed Pocket is designed to reduce spin and increase the size of the sweet spot on the club. By having an increased sweet spot it allows for an increased ball speed across the entire club face, which in turn allows for more forgiveness on off-center hits.

How Does the Taylormade AeroBurner Driver Compare?

The Callaway Epic Sub Zero has not only received the highest rating of Gold in the 2017 Golf Digest Hot list, but it has also become one of the most recognized clubs used on the tour. This mainly has to do with Callaway’s new Jailbreak Technology which solves the problem of the crown and sole separating as the club face is stretched vertically at impact. This separation results in a loss of energy transferring to the ball. So, does the Jailbreak Technology work, yes absolutely, and is why the Callaway Epic Sub Zero Driver is perfect for the mid to high handicap golfer looking to have better control of the ball, less spin, and overall improve their accuracy when on the tee box.

The Cobra F7 Driver is by far one of the most technically advanced and easy to hit drivers of 2017. Since it was first released in late 2016, the F7 Driver has not only received the highest rating of Gold in the 2017 Golf Digest Hot list but has also become one of the most recognized clubs used on the tour. Even Rickie Fowler has a Cobra F7 Driver in his bag. The Cobra F7 is the perfect club for the high to mid handicap player looking to swing faster, generate more ball speed, and hit longer drives when hitting off the tee.

The GX7 Golf Club is amazing little club, even though it is “As Seen on TV”. We all know that the hardest part of golf is being consistent, especially when we are hitting off of the tee box. That is why the pros are the pros, and we are amateurs. But have you ever wondered if the reason why you are not consistent when hitting off the tee box is that you are using the same golf club that the pros use, and not a golf club made for amateurs. Well this is the exact theory behind the GX7 Golf Club. A golf club made for amateurs that provide the hitting consistency of a pro. So if you can get over the fact that the GX7 is a “As Seen on TV” Golf Club, you might be amazed by what this little club can do. The GX7 Golf Club is a great driver for a high handicap golfer looking to improve their game both on and off the tee box.