Lesson: Learn How to Hit a Draw in Golf in 3 Easy Steps

There’s a reason golf course homes on the right side of holes are cheaper than the ones on the left. It’s because 90% of golfers are right-handed and hit slices that break windows and land in swimming pools on the right side. If you’re like me, you’ve hit plenty of sliced, weak shots to right that either end up out-of-bounds or short and right your intended target. You know that hitting a draw (right-to-left shot) is preferred because it goes farther and isn’t as affected by the wind. But for the life of you, you can’t seem to make it happen. You’re in luck as we are here to help on how to hit a draw. 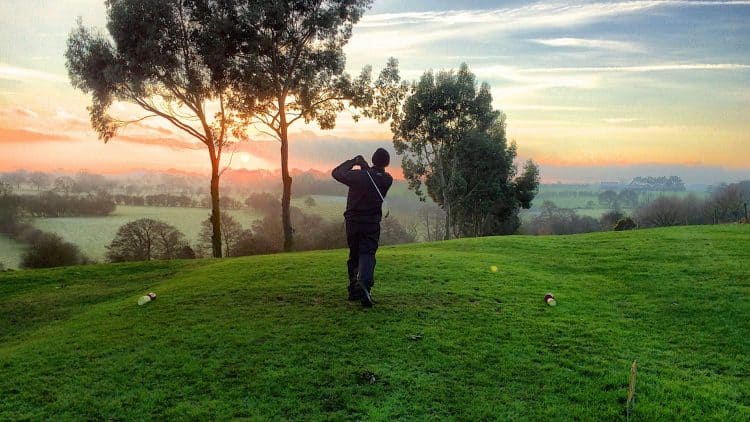 The lexicon of golf is bewildering at best. While you probably have a grasp of the terms that describe a shot that curves right (slice and fade) and one that curves left (hook and draw) the distinctions go a touch further to define what you’re really after.

Conversely, a hook is a shot that curves hard left into the junk. Draws are controlled shots that move gently from right-to-left.

What Makes a Golf Ball Curve?

There are a few factors that cause a shot to curve either right or left.

Chances are you slice the ball more often than you draw it. If pay close attention, your shots probably start left of your intended target before slicing. The reason slices start left is because the club is traveling on an outside to inside path (moving left to right, this being for a right-handed player) through impact.

Having a basic understanding of swing path and face angle gives you a base from which you can start to turn that viscous slice into a controlled draw. We polled a number of top PGA Pros and below are our best tips for hitting draw

For players that start the ball slightly right of the target and hit draws, the path is inside to out through impact.

As with any shot in golf, setup is where everything begins. If you don’t get setup correct every time, you’re setting yourself up for inconsistency and unnecessary compensations during your golf swing. If you’re going to learn to hit solid shots repeatedly you have to make sure your feet, shoulders and hips are all aligned to the target, your ball position is where it needs to be and your posture is correct.

When you’re setting up to any full shot, picture a train track starting at your ball and running to the target. The ball and clubface should align with the outside rail pointing directly at the target. Your feet, hips and shoulders are the inside rail and point parallel left to the target for right handed players.

If your clubface and ball are not pointed at the target or your feet, hips and shoulders aren’t parallel, your chances of hitting a solid shot in the intended direction are slim.

Ball Position For A Draw

As we discussed in our article How to Hit a Driver, the position of the ball is going to vary depending on what club you have in your hands. While drivers, fairway woods and irons should be played forward in your stance, irons and wedges should be in the middle. Getting the postion of the ball correct for the club and type of shot you’re playing is crucial.

The golf swing is an athletic motion and having proper posture gives you a solid base and while allowing you to swing in balance. Your feet should be slightly wider than shoulder-width, your knees a little flexed and your torso tall and solid. Notice how much more athletic the posture on the left looks than on the right.

3 Easy Steps to Hitting a Draw

Step 1 – Create an Inside to Outside Swing Path

One of the toughest things about the game of golf is that what you feel like you’re doing is most often a lot different than what you’re actually doing. In the case of most amateur players that slice the ball, the feeling of golf swinging the club from the inside is usually a path that is either still slightly outside to in or straight down the target line. This is easy to check by taking just a few short videos of your golf swing from the down the line angle. If you find yourself struggling to deliver the club to impact from the inside, try dropping your right foot back at address. This allows you to create more room to make a full shoulder turn on the way back and for the club to come from the inside on the downswing.

Step 2 – Swing Your Arms Around Your Body

When you’re first starting to learn hitting a draw, make it a point to emphasize your arms swinging around body as opposed to up and down. Players that slice the ball have swings that are too vertical, creating a steep chopping motion. Moving your arms around your body creates a flatter move that has the club coming from the inside instead of the outside through impact.

Step 3 – Remember to Have Low Hands on the Finish

If you’re serious about learning to hit a draw instead of slice, you need to realize that it isn’t going to happen overnight. It’s going to take a lot of practice and there are sure to moments of frustration when you feel like throwing in the towel. To help you get the most out of your practice, we’ve listed are best drills for creating a repeatable swing that hits the ball right-to-left.

This is my all-time favorite drill because the feedback is instantaneous. All you need is a bucket of range balls and half-filled plastic water bottle. To begin, set the water bottle two or three inches behind the ball and just outside the target line.

From here all you’re trying to do is swing the club from the inside without hitting the bottle. If the club hits the bottle, it’s a sure sign you’re club is moving from the outside to the inside instead of the inside to the outside. This might seem extremely awkward at first and your contact won’t be solid. That’s okay, you’re making a drastic change to the path of your swing so stay patient. 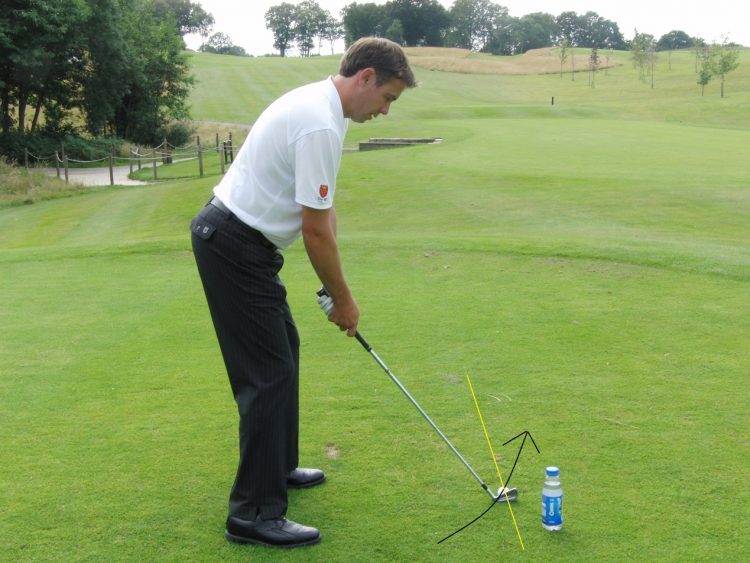 Once you feel confident that your swing the club from the inside to the out, it’s time to put it to the test. Remember, a proper draw is a shot that starts right of the target and curves a little left back to it. For this drill, take an alignment rod and stick in the ground a few yards in front of your ball exactly on the target line.

Once you’re set up, hit a few shots trying to start the ball to the right of the stick and watch it curve back to your target. Once again, this might take a fair bit of practice but once you can do it consistently, it’s something that you should be able to take to the course.

Video Guide on How to Hit a Draw

Learning how to hit a draw is the holy grail for any player that fights a slice and wants to hit solid shots that go farther on a consistent basis. Even if you’ve mastered hitting a draw consistently, it doesn’t mean that you should fire at every flag and hit driver off every tee.

Tee shots on dog-leg right holes might not suit your eye as well as someone that plays a fade. To give yourself the best chance of hitting the fairway, make sure you tee up on the far left side of the tee box. This maximizes the amount of room you have to start your tee shot down the right side and let it work back to the middle. If you feel like your driver might go through the fairway, don’t be afraid to sacrifice a little distance for accuracy and use a fairway wood or hybrid.

When your tee shot finds the fairway, it’s tempting to fire your approach straight at the flag regardless of where it’s located on the green. There are some flags that are tough to get at with a draw however. A great example is a flag that is cut in the front, right part of the green over a bunker. In order to get this shot close, you have to start it out over the bunker, hope it curves back and flies the exact right distance. The chances missing this shot in a bad spot and making a big number are high. The smart play is to start your shot at the pin and let it curve to the middle of the green leaving yourself 20 or 30 feet and virtually guaranteeing an easy par at worst.

Learning how to hit a draw consistently will do wonders for your golf game. Your shots will travel farther, fight through the wind, your confidence will grow and you’re sure to shoot lower scores. The road to get there however, is one that takes time and a lot of practice. But if you’re willing to fight through occasional frustration and stay the course, you’ll come out on the other side a much more complete and consistent player. We hope this article on how to hit a draw was helpful!

Scott is a professional writer and has been a golfer his entire life.  After playing at Oregon State University he spent time playing on the Gateway Professional Tour. Six subsequent years working as a Club Professional allowed Scott to pursue his passion of helping others become better players.  Scott now spreads his love of golf through the written word as a full time author and copywriter. 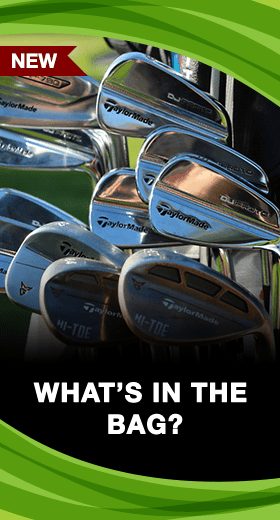 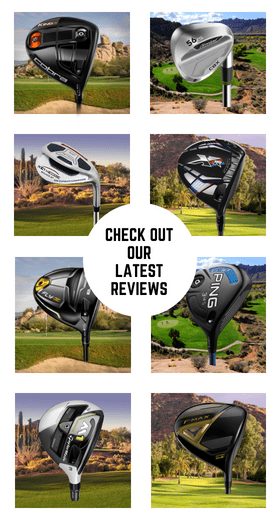 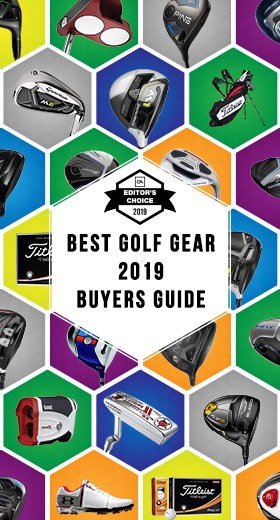 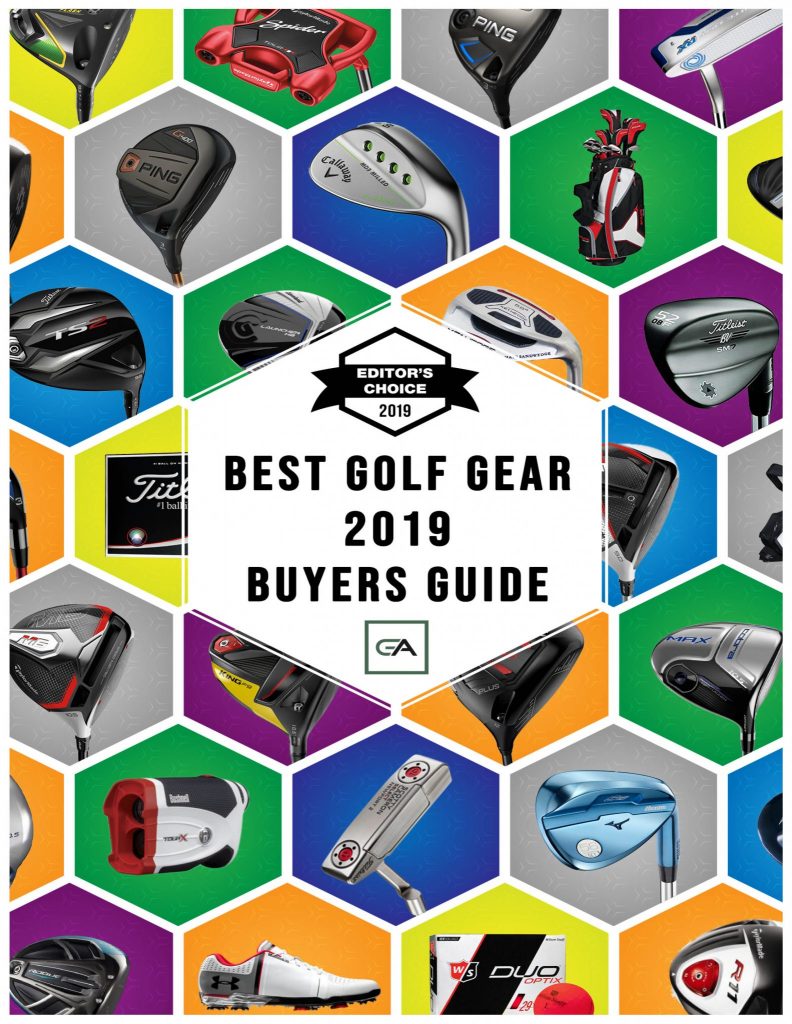 Over 100+ pages of the best golf equipment and gear for 2019 that we have found will help improve your golf game. 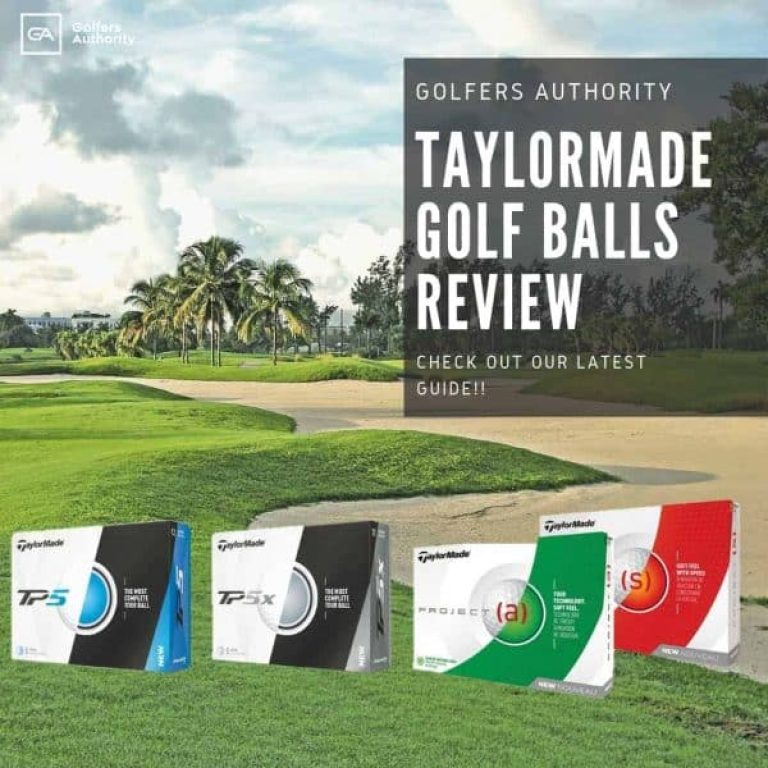 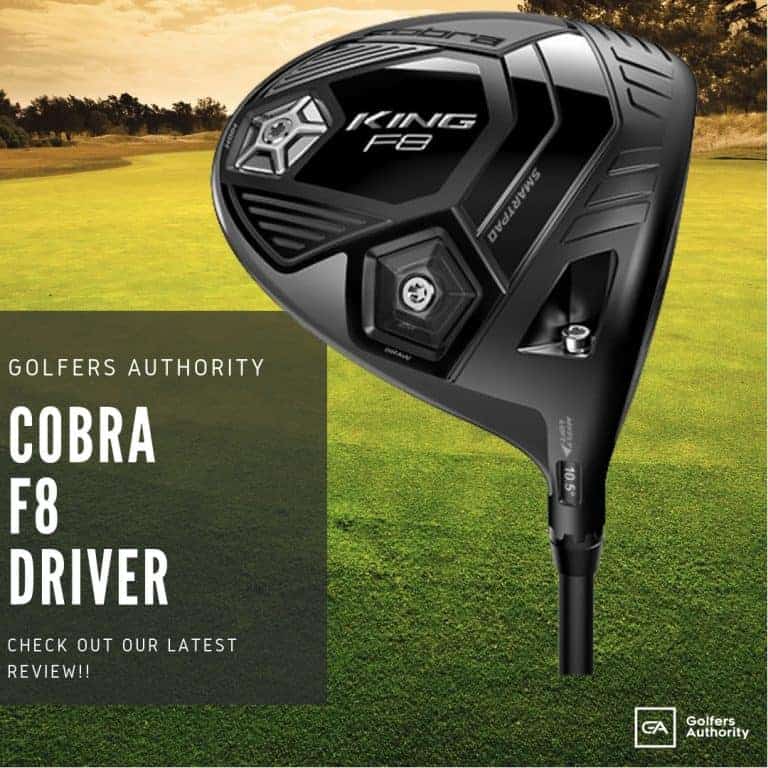 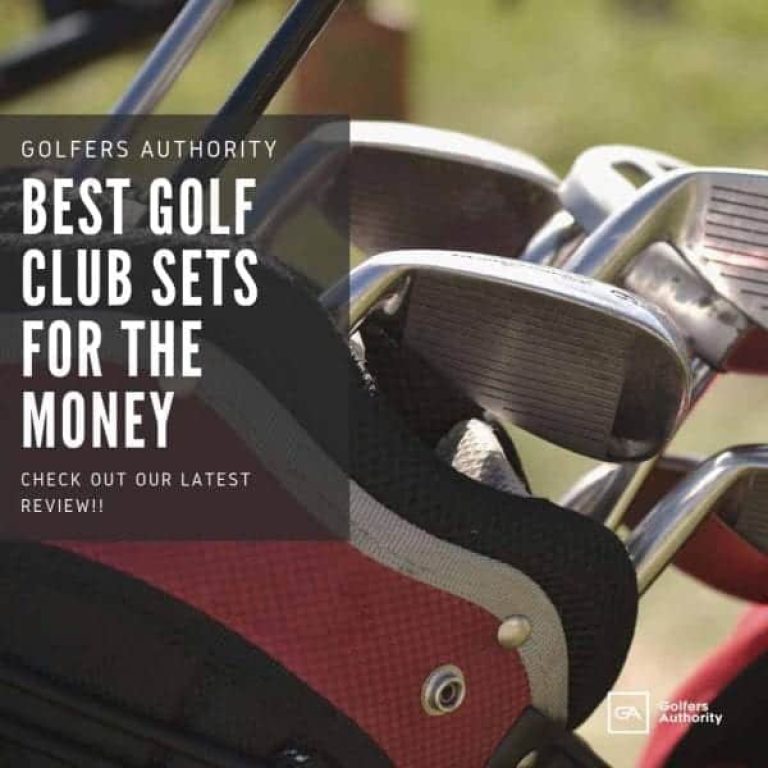 Reviews On The Best Golf Clubs For The Money 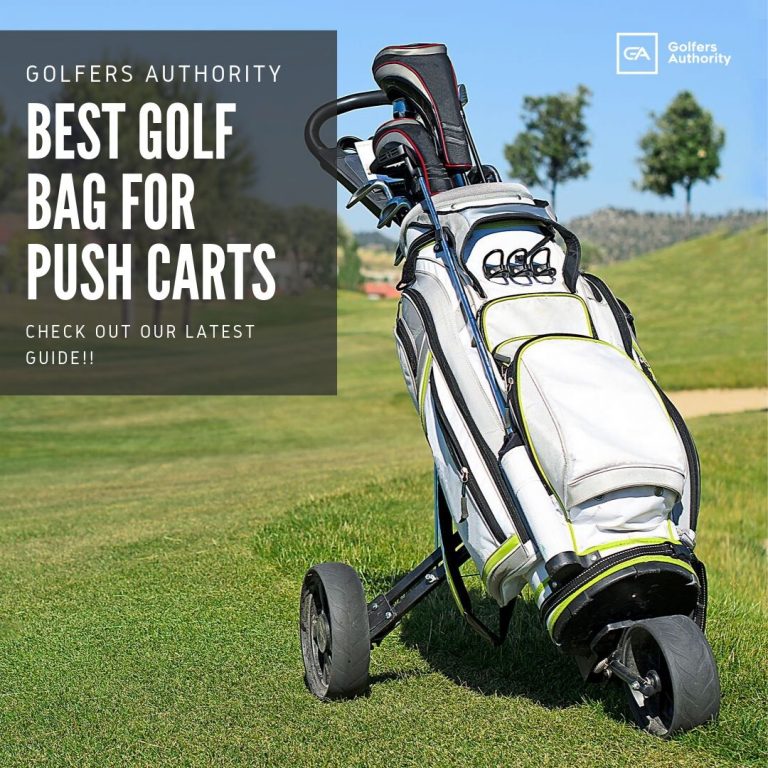 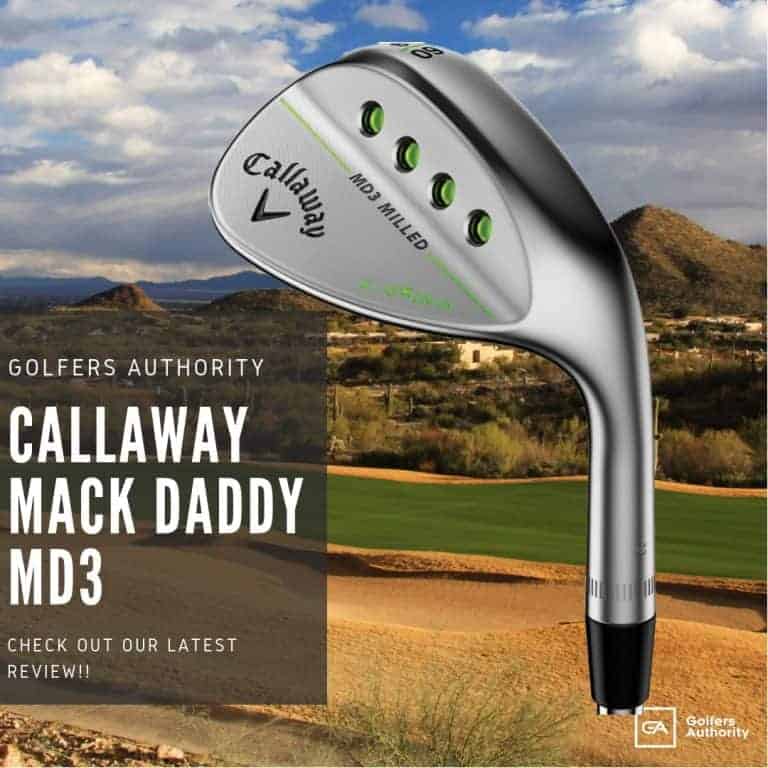 The best golf reviews, guides, tips and advice curated and delivered to your inbox weekly.

Whats in the Bag? 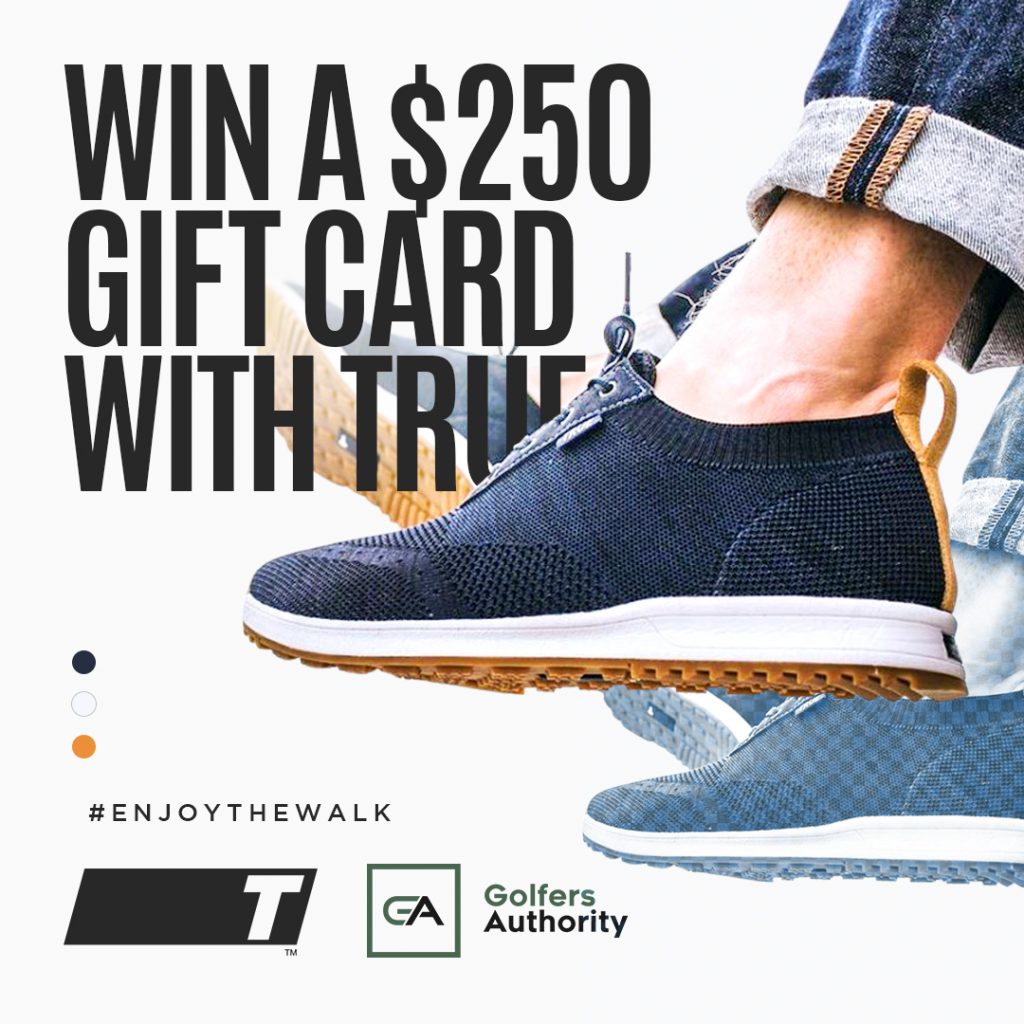 * By entering this contest you agree to share your email address with Golfers Authority and True Linkswear. We promise to never spam you.