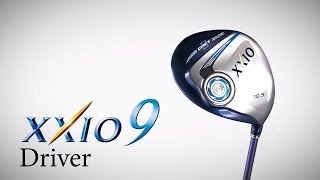 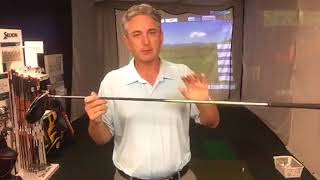 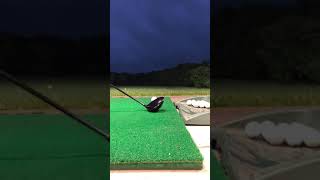 The XXIO 9 Driver truly makes the game easier for players with slow to moderate swing speeds. The XXIO 9 Driver is a great club that is perfect for a senior player or a mid to high handicap player looking for incredible distance and forgiveness when on the tee box.

The XXIO 9 Driver is one the most powerful drivers on the market today that is made by a company that you may have never of before. So, who is XXIO? Well the first place to start is with the pronunciation, it is ZECK-SEE-OH, and it is the premium priced brother brand of Srixon and Cleveland, under Dunlop Sports Co. Ltd. Of Japan.

First introduced in Japan in 2000, the name itself is not some ancient Japanese phrase, rather the XXI is for the roman number 21, as in the 21st century, and the “Oh” sound means king. So, put the XXIO sound all together and the name represents the king or leader of the golf industry in the 21st century. XXIO has been the #1 golf brand in Japan for the past 18 years, and it is easy to see why. XXIO golf clubs are one of the most technically advanced clubs in the world, and are designed to offer incredible distance and forgiveness regardless of a player’s handicap or skill level. The XXIO 9 Driver is the ideal club for players with high handicaps or with slow to moderate swing speeds looking to improve their performance when on the tee box.

The XXIO 9 Driver incorporates the very best in technology and design, and was created to provide for a high amount of club head speed, making it the perfect combination for players wanting to get greater distance off the tee.

The XXIO 9 Driver marque feature is its Dual Speed Technology. The Dual Speed Technology is made up of a combination of an ultra-light weight shaft and a heavy club head. Working in unison this technology helps to generate more lag, rotational speed in the arms, and greater acceleration through impact. The theory behind this design is that the increase in lag helps to keep the club closer to the players body longer when starting their downswing. When the players arms begin to speed up during the downswing the aerodynamic design of the clubhead allows for even greater acceleration of the club through the impact. This design not only results in a more consistent swing path, but also creates higher ball speeds and longer drives.

In order to achieve greater performance gains, the XXIO 9 Driver incorporates a lightweight and low density titanium crown. By reducing the weight of the crown, it allows for more weight to be relocated to other areas of the club, including the sole. The XXIO 9 Driver has a 7 gram weight placed low and back in the sole of the club. By increasing the weight in the sole of the club it helps to generate a lower the center of gravity, which helps players drive the ball higher and further when on the tee box.

The XXIO 9 Driver also incorporates Cup Face Technology, which provides for more forgiveness and ball speed even on mis-hits. This technology has been brought about by reforming the head and toe section of the club, making the Cup Face almost 10% wider than earlier models. This Cup Face Technology also helps to increase the clubs “Sweet Spot” thereby allowing players to hit the ball higher and farther without compromising the accuracy or direction of the ball flight.

The XXIO 9 Driver truly makes the game easier for players with slow to moderate swing speeds. The XXIO 9 Driver is a great club that is perfect for a senior player or a mid to high handicap player looking for incredible distance and forgiveness when on the tee box.

There is quite a variety of lofts you can get choose from with the XXIO 9 Driver. These lofts include the 9.5 degree, 10.5 degree, and 11.5 degree. The XXIO 9 Driver sports a 460cc titanium club head that weighs 272 grams, and measures out to 45.50 inches in length.
The XXIO 9 Driver is paired with the lightweight MP900 Carbon shaft. As what has become their standard, XXIO offers a variety of flexes available for the 9 Driver, including Regular, Stiff and Extra Stiff.

The XXIO 9 Driver is an amazing club, and it is easy to see why XXIO is the #1 golf brand in Japan for the past 18 years. The XXIO 9 Driver simply makes the game a lot easier for players with slow to moderate swing speeds. XXIO has proven that performance can be achieved without having lots of gadgetry and adjustability, but with a simple design made to increase swing speed and ball speed. The XXIO 9 Driver is a moderately priced driver, that is an ideal club for a senior player that has lost some club head speed, or a mid to high handicap player looking for incredible distance and forgiveness on the tee box.

How Does the XXIO 9 Driver Compare?

There was a lot of excitement when the Titleist 917 Driver was first released, and it is easy to see why. Titleist had created a driver that compared to its predecessor, the 915, was more forgiving, offered less spin, faster ball speed, and was fully adjustable. Since it was first released in mid-2016, the 917 Driver has not only received the highest rating of Gold in the 2017 Golf Digest Hot list but has also become one of the most recognized clubs used on the tour. Even Jimmy Walker used his Titleist 917 Driver to win the PGA Championship. The Titleist 917 Driver is an amazing driver that is perfect for the mid to low handicap player looking for faster ball speeds, more adjustability, and to overall hit longer drives down the fairway.

The TaylorMade Rocketballz RBZ Driver builds on the success of its predecessor and is now longer and faster than the original Rocketballz Driver. The new Thick-Thin crown pushes the CG forward producing a higher launch, lower spin and faster ball speed. The RocketBallz RBZ Stage 2 Bonded Driver has an expanded clubface and improved aerodynamics reduces drag and promotes faster clubhead speed. With more modern design and is the perfect club for players who want high forgiveness, faster swing speeds, more distance, and lots of adjustability.

Amazon.com
$199.00
Best Deal
Last Amazon price update was: October 1, 2022 8:00 am
× Product prices and availability are accurate as of the date/time indicated and are subject to change. Any price and availability information displayed on Amazon.com (Amazon.in, Amazon.co.uk, Amazon.de, etc) at the time of purchase will apply to the purchase of this product.