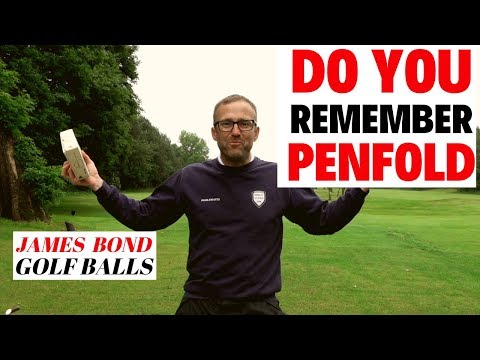 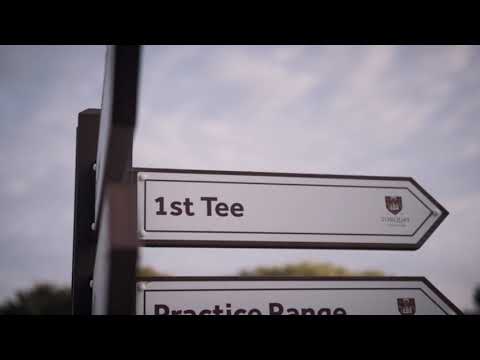 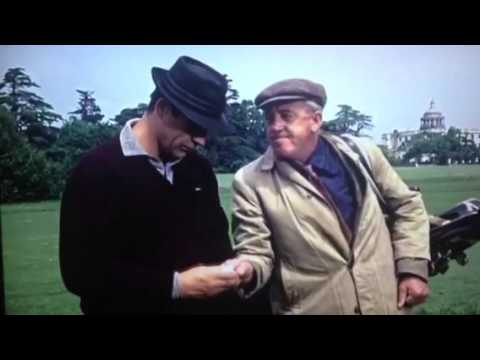 When A.E. Penfold started his company, he wanted to design the world’s best golf balls with unique markings that were characteristic of his creativity. Hence, the Penfold Heart. Today, Penfold Heart golf balls represent nostalgia. In fact, they come wrapped individually just as they were so many years ago. With that said, the ball is not listed on the USGA’s conforming balls list.

penfoldgolfusa.com
$29.00
See it
Add to wishlistAdded to wishlistRemoved from wishlist 1
Last updated on September 3, 2021 4:19 pm

There’s a couple of things (besides golf), that I love that many of you probably didn’t know about.  One is James Bond.  The other is history, golf history of course.  I know, it’s a strange combination, but it’s one that caught my eye when I learned about Penfold Golf.

You see, since 1927, Penfold has been making unique, high quality golf products.  The company’s founder, Albert Ernest Penfold was originally the head golf ball designer for Dunlop.  It was in that pivotal year that he left Dunlop and eventually devised an internal winding technique that proved a breakthrough in golf ball accuracy and distance.  For decades, Penfold continued to be one of the most played on Tour.

So just where does James Bond come into play?  Fast forward to 1964 when Sean Connery used the ball in the movie, Goldfinger.  On the final hole of his against Auric Goldfinger, Bond (Connery) says “here’s my Penfold Hearts.”  That’s all it took the Penfold Heart to garner infamy around the globe.

Who Should Buy the Penfold Heart Golf Balls?

If you’re looking for a new ball that the best in the world play, the Penfold Heart might not be your first choice.

However, if you have an appreciation for golf history and memorabilia, a box of these balls definitely belongs in your collection.

Not only is the company deeply rooted in history, this particular ball transcends popular culture.  While you might want to try playing a round with the Penfold Heart just to see how it performs, it’s meant to be a memento with a story to tell more than anything else.

The design of the Penfold Heart Golf Ball is unlike anything else.  Cursive lettering and the iconic red heart adorn the ball.

The cover has 332 dimples that are designed for a high launch.  The new Procyber cover is especially thin and Ionomer resin improves spin rate while making the ball durable.

Ionomer resin in the ball’s middle layer also aids in feel and control around the green.

The Penfold Heart’s core is a rubber compound that’s especially active at impact for longer distances off the tee.

The Penfold Heart can be purchased for $29 for a box of one dozen balls.  Each ball is wrapped individually, just like they were back in the days of Goldfinger..

I’ve been lucky enough to get my hands on a box of Penfold Heart golf balls.  As much as I’ve wanted to get them out on the course, I still haven’t.

While I don’t doubt that these golf balls are plenty capable of performing adequately with modern equipment, I think they’re meant to be appreciated for their sentimental value.  After all, they aren’t approved for tournament play.

Accordingly, I’ve placed them prominently in my office for everyone to see.  Just in the short time they’ve been in my possession, I’ve had more than one client ask about their significance.  A couple have even identified them from Goldfinger.

It’s for those reasons that my plan is to keep them exactly where they are.

When A.E. Penfold started his company, he wanted to design the world’s best golf balls with unique markings that were characteristic of his creativity. Hence, the Penfold Heart. Today, Penfold Heart golf balls represent nostalgia. In fact, they come wrapped individually just as they were so many years ago. With that said, the ball is not listed on the USGA’s conforming balls list.

The story about how Penfold came to be is an inspiring one.  As I learn more and more, I can’t help but wonder how cool it would have been to sit down for a beer with A.E. Penfold himself.  Talk about a pioneer of his time!

For now, I’m proud to have a dozen Penfold Heart golf balls in my collection.  As a lover of all things Bond, and golf history, this piece is the perfect addition.

How Does the Penfold Heart Golf Balls Compare?

For years, the Titleist Pro V1X has been the choice for the majority of the game’s best players.  And that’s with good reason.  The Pro V1X is undoubtedly one of the best-performing balls around.

Inside of 100 yards, both the Pro V1X and Vero X1 gave me plenty of spin and the penetrating flight I prefer on my wedges.

On the green, the Vero X1 was noticeably softer coming off the face than the Pro V1X.  For some players this might be preferable while others might want the firmer, solid feel of the Pro V1X.

If you play the Pro V1X, there’s no doubt in my mind you’ll like the Vero X1 too.

I’ve played the TaylorMade TP5X off and on and I have to admit, it’s a great ball.  The five-piece design of the TP5X and the four-piece design of the Vero X1 are designed to do the same thing – provide low spin for maximum distance off the tee without sacrificing feel and control around the green.  Both balls achieve this with flying colors.

A major difference I noticed between these balls was off the tee.  The TP5X launched much higher than the Vero X1.  While this might be beneficial to some players, I personally prefer a lower, penetrating flight that fights the wind a little more.

On and around the greens, both balls performed exceptionally well, and I noticed few differences in feel, sound, and spin.

In the end, both balls are comparable but, the Vero X1 is a fraction of the price of the TP5X.

Amazon.com
$59.95 3 used from $17.59
See it
Last Amazon price update was: September 14, 2021 5:17 am
× Product prices and availability are accurate as of the date/time indicated and are subject to change. Any price and availability information displayed on Amazon.com (Amazon.in, Amazon.co.uk, Amazon.de, etc) at the time of purchase will apply to the purchase of this product.

Another popular golf ball with better players is the Callaway Chrome Soft.  Just ask the likes of Henrik Stenson and Phil Mickelson.

I’ve played this ball sparingly but have found it to perform adequately.  When I compared it with the Vero X1, it was clear to see why both balls are in the top of their class.

With my driver, the Chrome Soft was a little longer, but my misses were much more widespread.  I like the tight shot dispersion of the Vero X1.

With short irons, the Chrome Soft launched a little higher which is great if you’re playing in soft conditions with little or no wind.  Even though it launched lower, the penetrating flight of the Vero X1 made controlling distance easy.

Both balls were soft around the green but the Vero X1 seemed to spin a little more which I prefer.

Fairway Golf, Inc.
$47.99
See it
Price history
×
Last Amazon price update was: September 13, 2021 7:17 pm
× Product prices and availability are accurate as of the date/time indicated and are subject to change. Any price and availability information displayed on Amazon.com (Amazon.in, Amazon.co.uk, Amazon.de, etc) at the time of purchase will apply to the purchase of this product.