I’ve been fortunate to spend some time in Kansas.  Even though I still don’t know exactly what a Jayhawk is, I’ve chased plenty of pheasants and whitetail deer in this state.

What I haven’t done is play any golf.  I’ve always heard there’s plenty to be found though.  That’s why I wasn’t surprised when I got a request to do a comprehensive guide of the best public courses anyone can play.

Our readers gave me plenty of information to go off.  So, without further ado, let’s take a closer look.  In the meantime, can someone tell me what the heck a Jayhawk is beside a perennial basketball powerhouse?

Spring Creek Golf Course is one of the newer courses in the state.

It’s also one of the most fun to play.  A diverse variety of holes creates plenty of chances for risk and reward.  Both the payoffs and punishments can be big.

The facility is also equipped with all the modern equipment that makes golf today fun and efficient.  You won’t be left guessing about yardages, hole locations, or where you’re supposed to hit it.  For all those reasons, you can expect to play quickly.

An exciting round that won’t remain under the radar for much longer, you’d best get it while the gettin’s good at Spring Creek.

Falcon Valley is hands down the best nine-hole golf course in the state.  Some say it’s the best in the Midwest.

The mixture of holes that make up this track is really something.  Short, risk reward holes offer chances for birdies.  Longer holes are more than demanding and par is a good score.

Falcon Valley’s greens aren’t anything short of spectacular either.  Even though they’re challenging to read, they roll true.  If you match the line and speed, you can really fill it up.

As a huge fan of nine-hole layouts, you can bet I’ll make time for a round at Falcon Valley next time I’m in Kansas.

Right on the Kansas and Missouri state line, Ironhorse Golf Club is one of the most renowned public courses in the state.

Having received four stars from Golf Digest, it shouldn’t come as any surprise that players rave about this place.

Even though the course is surrounded by a residential community, playing here makes you feel like you’re in the middle of nature.

Known for excellent greens and overall pristine playing conditions, Ironhorse is the place to be in the Kansas City area.

Cherry Oaks Golf Course is the premier track in the Cheney area.  Owned and operated by the city, this course is open an astounding 362 days a year.  Not many other courses in Kansas can say that.

Even though the layout is flat (it’s in the middle of “flyover country”), it’s full of character that’s both fun to play and challenging.

There’s no easing into your round out here so make sure you’re ready to go.  The opening hole is a long, demanding par four measuring some 488 yards from the back tees.  If you start out with a par here, it’s going to feel like a birdie.

A traditional, parkland layout, Cherry Oaks is everything you’d expect and is always in terrific condition.

Turkey Creek has been open since 1990.  Since then, it’s become well known for its beautiful bent grass greens and bluegrass fairways.

Native golden grasses line most holes and provide a wonderful contrast against the verdant green fairways.  Hopefully, you don’t have to venture into those native grasses though.  Playing from the high stuff isn’t much fun.

Even though Turkey Creek only measures a touch over 6,200 yards from the back tees, locals say the course provides plenty of challenge, even for the best of players.

Jay Morrish was the genius behind the design at Falcon Lakes which opened in 2002.

This links-style layout features Zoysia fairways which are a dream to play off.  You’ll feel like you’re hitting every shot off a tee.

Known for always being in exceptional condition, golfers consider this course one of the closest things to a Tour stop in the state of Kansas.

Along with an impeccable golf course, Falcon Lakes boasts a state-of-the-art practice facility and modern clubhouse fully equipped to meet all your golf and dining needs.

One of the best tracks in the Kansas City area, don’t miss a chance for a round at Falcon Lakes.

Buffalo Dunes is currently ranked as the “#1 Golf Course in Kansas” by Golf Digest.

Located in the community of Garden City, this course opened in 1976 and has an air of a Scottish links in its design.  The wind can blow and there are plenty of opportunities to play shots along the ground.

You won’t find many trees out here either.  Instead, native grass lines most fairways and trying to find your ball, let alone hit, from the thick stuff is a daunting proposition.  Keep it in play.

Regulars say that the staff at Buffalo Dunes are also some of the nicest folks you’re going to find anywhere.  That’s testament to the fact that there’s only been four Golf Professionals here in nearly 50 years.

Mariah Hills is the premier course in Western Kansas.  Even at that, it remains somewhat of a hidden treasure.

The layout spans the rolling hills of the high plains that are covered in native grasses.  Holes are spread out here and no two feel the same.

Mariah Hills is another course that’s touted for its outstanding condition.  The ball sits up in the bluegrass fairways and the greens are slick and true.

You’ll be required to hit every club in your bag out here also.  A mixture of both short and long holes presents great variety.

Even though this course takes some work to get to, it’s more than worth the trip.

Osawatomie Golf Course dates all the way back to 1941.  It’s rich with history and tradition to say the least.

A story of two different nines, the outward stretch demands precision, especially into the greens.  They’re small and severely sloped.  Stay below the hole.

The back nine, which is the newer of the two (built in 1972) offers golfers more room with which to work.  The fairways are wider and the greens much more generous.

Again, this course is a bit of a drive from the Kansas City area, but I’ve heard nothing but positive things.

Designed by Steve Wolfard, Shoal Creek is one of the best public facilities in Kansas City.  That’s saying something for a course that’s owned by the city.

Even though this track is built in an urban area, the layout gives you the sense that you’re out for a stroll in nature.  Native areas abound and it’s apparent there wasn’t much earth moved in the creation.

Shoal Creek has all the modern amenities that make for a comfortable round too.  These include GPS units in every cart, a high-tech and well-kept practice area, and a clubhouse that has the latest and greatest in equipment.

Shoal Creek is a great golf course for players of all abilities that expect the very best in terms of condition, service, and value.

When most people think of Kansas, wheat, corn, and small towns are likely the first things that come to mind.

While there’s plenty of all three in this state, there’s also a lot of great golf that’s accessible to the public as well.  I wouldn’t have known if it weren’t for our readers.  It’s abundantly clear that golfers here take their golf seriously.

As always, thanks for your continued efforts in making these course guides possible.  If anyone knows what a Jayhawk is, please inform us in the comments below. 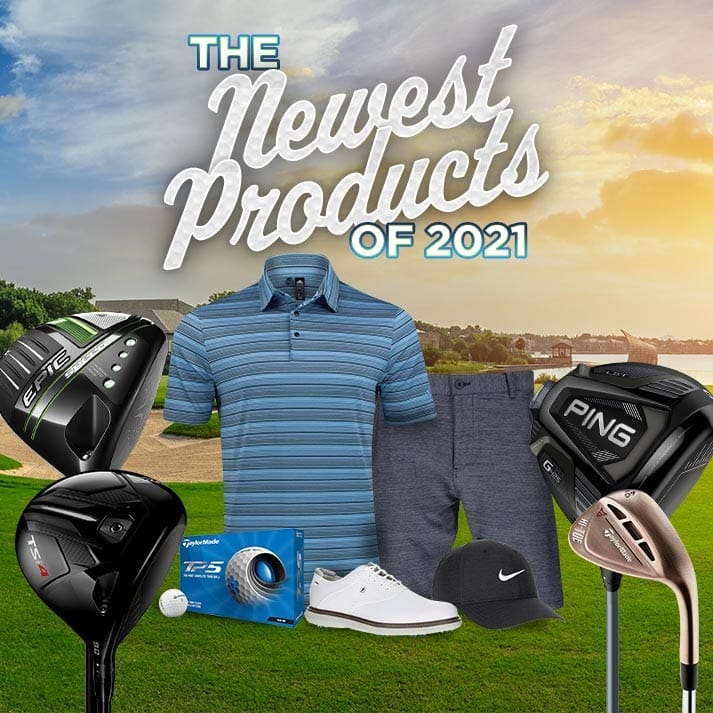