Tips And Advice › Behind the Lens: Golf Course Photography with Evan Schiller

Thirty years ago Evan Schiller had no plans of becoming a professional photographer, let alone establishing himself as one of the premier golf course photographers in the world, but in fact, that is exactly what happened.  Evan started out with a love for the game of golf, a game he excelled at from a very young age.  He went on to pursue a career as a PGA golf professional competing in numerous professional tournaments around the world, including the U.S. Open at Shinnecock Hills in 1986.

Evan has photographed over 600 championship courses and has left his own distinctive mark on some of the most recognized tracks around the world including Pebble Beach Golf Links, Augusta National Golf Club, The Old Course at St. Andrews, Royal County Down, Ballybunion Golf Club, Waterville Golf Links, Bandon Dunes Golf Resort, Sand Valley Golf Resort, Cabot Cliffs and Cabot Links.  His shoots have taken him all over the United States, Canada, Mexico, the Caribbean, Ireland, Scotland as well as South Africa and Japan.  Evan’s work has been published in countless national magazines, books and calendars. His photography is exclusively featured in the acclaimed book, Golf Courses of Hawaii and he continues to publish his own award-winning golf calendar, Golfshots.

Evan Schiller is an officially licensed photographer for The Pebble Beach Company and the Bandon Dunes Golf Resort.

How did you get started in golf?

My Dad loved golf.  He was a decent player with a 9 or 10 handicap and he gave me my first lessons.  I probably played an equal amount of golf and tennis until I got to high school and that’s when I started really focusing on my golf game.  I’ve come full circle now because I’ve started to play tennis again.

What made you first realize you wanted to shift from professional golf to photography?

It’s not really that black and white.  After I played the California Open in 1986 someone suggested that I check out Pete Dye’s newly opened Stadium Course at PGA West.  As I walked down its 9th fairway the raw desert landscape against the backdrop of the Santa Rosa Mountains inspired me to buy a Minolta camera that I could bring along on my travels.  Interestingly enough, that hole is called “Reflection”.  Five years later when I was an Assistant Professional at Westchester Country Club in New York a good friend suggested I should sell my photography in the Pro Shop.

I was in the midst of building a successful coaching and playing career when more and more people started buying my photographs.  I realized I had a good eye for capturing a course’s beauty through my camera lens and I could use my unique experience and insights as a professional golfer to capture the nuances of a course not seen by others.  I continue to do some coaching because I love it, but more of my time is now spent holding a camera rather than a club.

What makes for a great golf photograph?

It’s really all about light and composition. A good photographer knows how to frame a photo in optimal light to make it interesting and compelling.  And a good golf photographer knows how to track the path of the sun as it moves across a course so they can anticipate a scene’s potential.  Golf courses need to be shot just after sunrise or just before sunset so that the sun is low enough to cast shadows, providing depth to the photograph. Once the sun gets too high in the sky the course contours are lost. A photographer friend gave me some advice years ago: “You are responsible for everything in the frame, make it interesting”. I’m conscious of this every time I pick up my camera and bring a new shot into focus.

What is the longest you’ve waited to get any one shot?

There’s two instances that standout in my mind and both occurred in Hawaii – so not a bad place to wait around if you have the time.  I was on Oahu attempting to shoot the 3rd hole at Royal Hawaiian (it was called Luana Hills at the time).  The course is on the windward side of Oahu so it gets the most rain.  This par 3 is carved out of a lush jungle.  The 3rd hole is definitely a morning shot, and specifically one you need to get just after sunrise.  The challenge was to catch the sun hitting BOTH the green and the Ko’olau Mountains which serve as a backdrop.  The first morning it never stopped raining, the second day the sun hit the mountains but not the green, and on the third day it hit the green but not the mountains.  Finally on the fourth morning there were three minutes when everything aligned and I got my shot!  On another trip, this time to Kauai, I was scheduled to shoot the Prince Course at Princeville for five days.  It then proceeded to rain for five days straight. Fortunately I had the flexibility to stay an additional five days and ultimately got some great shots.

You have built an extensive portfolio. Do you have a favorite photograph?

If I had to choose just one it would probably be my shot of the 5th hole at Bandon Dunes that I captured in 2018.  It was a dark, foggy, misty, overcast morning and I had initially gone out to the 5th green but then changed my mind and drove to the tee box.  From there I waited.  I thought I saw the potential for a tiny break in the clouds where the sun might shine through but there were already golfers on the 4th green so I knew I didn’t have much time to get a clear shot.  In anticipation, I hovered the drone out over the water past the cliffs.  The sun came out for what was no more than two minutes.  I was fortunate to capture three or four frames that lit up the scene.  That was my only shot for the entire morning, making it that much more special.

If you could play one course for the rest of your life, which one would it be?

I don’t think I can pick just one, but at the moment my top three would probably include: Cypress Point, Royal County Down and Royal Portrush.

I would really like to get out to Nebraska to play and shoot Sand Hills.   And I still need to make the big trek to New Zealand to play and shoot Cape Wickham and Tara Iti, as well as Royal Melbourne in Australia.

Is it necessary to play a golf course before photographing it?

The most important thing I need to do before I shoot a course is to scout it.  This means that as soon as I arrive at a new course I spend time learning its layout.  I scout it to determine the best positions to shoot from and I use a Sun Seeker app to track the sun’s movement. This helps me know where to position myself to be in the right place, at the right time, with the right light, ultimately to create photographs that inspire. I’m always asking myself, is this a morning shot? or maybe an afternoon shot? Where do I need to be first and where do I want to be last? I use the course scorecard to take my notes. I would love to be able to play every course I shoot but I usually don’t have the luxury of time.  Now that all the equipment I use is digital, what used to be downtime between sunrise and sunset is filled with downloading my latest images as well as charging camera and drone batteries.

What is the most rewarding part of being a golf photographer?

I never forget how fortunate I am to be able to photograph extraordinary golf courses all over the world.  My intention is always to capture a photograph that inspires people.  I love it when I find a unique angle to shoot from and in so doing create a new perspective for even those most familiar with the course, be it the architect, the course superintendent or a club member.  I love it when one of those people asks, “Where’s that?”

What is the most challenging part of being a golf photographer?

I think all photographers have a love/hate relationship with the weather.  Dealing with a rainstorm is frustrating but those storm clouds before and after that same storm can make for some amazing photographs.  I’ve become a decent weatherman over the years and usually know when to call it a day and when it’s worth getting soaked for a chance that the sun might still break through.  I also use a couple of weather apps to help me track a situation.

What type of gear do you use?

I use a Hasselblad H6D-50 and an Inspire 2 drone with both the X5S & X7camera.  I love the ability to change lenses.  Most drones don’t allow for that as they all have fixed lenses.  I also shoot from the ground, lifts, ladders, helicopters and all those in-between heights and angles that a drone has proven to be so effective and creative at capturing. I put in the time early on to become really adept at flying drones.  That also meant studying for and getting my FAA license, which all golf course photographers flying drones are legally required to have.

Any advice for someone who would like to pick up photography?

I get this question all the time and honestly, I don’t have any one piece of advice that fits for everyone.  If you like photographing golf courses, just go do it… figure out what works and what doesn’t.  It’s important to find your own way.  Experiment and be willing to make mistakes.  Find out for yourself what you like and don’t like…. I’ve been at this for 30 years now and am always adjusting and discovering new ways to refine my craft.  There’s quite a bit in my answers above that could be explored by anyone interested in becoming a golf course photographer or really any type of photographer for that matter.

The Bandon Experience, the Jewel Course of Oregon 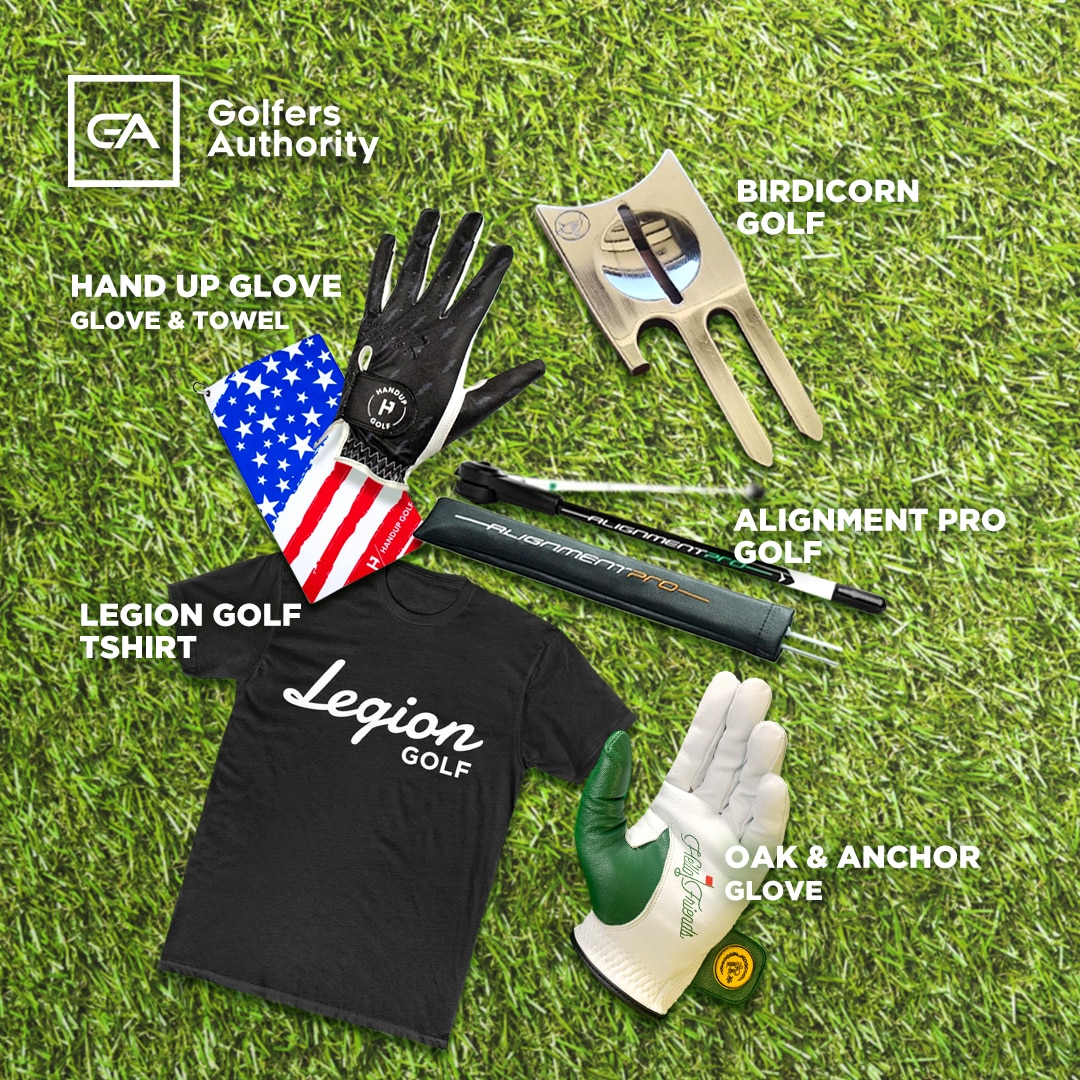