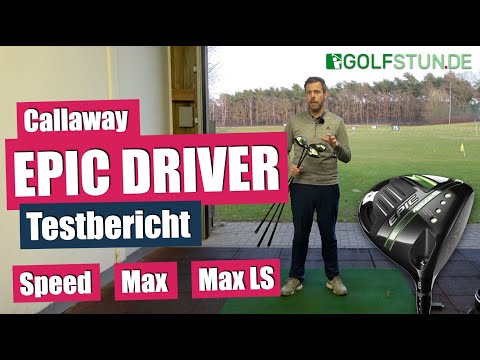 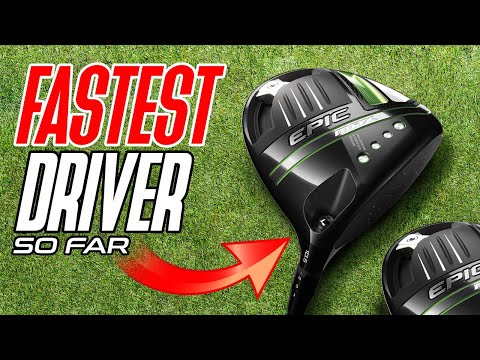 While Callaway has long had a reputation for designing some of the best drivers in the game, the Epic family of drivers have received rave reviews from the best players in the game and hackers alike.
The family includes the Epic Max, Max LS, and Speed drivers. All were constructed with AI to be the most efficient and aerodynamic drivers Callaway has ever made. Combined with the latest and greatest materials and technology it’s little wonder these drivers have taken the golf world by storm.

Worldwide Golf Shops
$529.99
Best Deal
Price history
×
Last Amazon price update was: January 18, 2022 10:48 am
× Product prices and availability are accurate as of the date/time indicated and are subject to change. Any price and availability information displayed on Amazon.com (Amazon.in, Amazon.co.uk, Amazon.de, etc) at the time of purchase will apply to the purchase of this product.
Add to wishlistAdded to wishlistRemoved from wishlist 0
Last updated on January 18, 2022 10:48 am

When Ely Callaway started the Callaway golf company so many decades ago, he was a man on a mission.  He wanted to build a driver that changed the way golfers experienced the game from the tee.  Before long, the Callaway Great Big Bertha was born and quickly became the most popular driver ever sold.

Since then, Callaway has continued a long tradition of producing some of the best performing, most popular drivers in the game.  That continues with the latest generation of drivers – the Epic Max, Max LS, and Speed.

Who Should Buy a Callaway Epic Max Driver?

The Epic family of drivers has something for everyone.  Whether you’re a seasoned player looking for more control and playability, or a rank beginner who needs as much forgiveness off the tee as possible, there’s an Epic driver that can be customized to fit your swing and game.

Simply put, whatever your needs and wants might be off the tee, the revolutionary design and technology in Callaway Epic drivers are sure to deliver.

Worldwide Golf Shops
$529.99
Best Deal
Price history
×
Last Amazon price update was: January 18, 2022 10:48 am
× Product prices and availability are accurate as of the date/time indicated and are subject to change. Any price and availability information displayed on Amazon.com (Amazon.in, Amazon.co.uk, Amazon.de, etc) at the time of purchase will apply to the purchase of this product.

To say that Callaway is leading the way in using technology in driver design is an understatement.  AI-informed head and face designs are said to be some of the most revolutionary breakthroughs the game has seen since the introduction of the original Great Big Bertha in the early 1990’s.

The Callaway Epic Speed and Max drivers build on technological and design features from the previous generation of Mavrik drivers.  On the other hand, the Max LS is a bit more of a departure from what we’ve seen from Callaway in the recent past.

Let’s have a closer look at each driver individually.

As its name would suggest, the Epic Speed driver is the fastest in Callaway’s lineup for 2021.

This is due in large part to the cyclone-shaped head which is the most aerodynamic in the family.  More specifically, the transition from the sole to the back edge of the crown is quite pronounced allowing for less drag during the swing.  The end result is faster swing speed.

When we say “fast”, we’re talking about ball speed too.  The CG in the Epic Speed is more forward than in the other Epic heads.  This design feature alone should equate to faster ball speeds for most players.

The Epic Speed driver also has an inherent draw bias which should help golfers who struggle with slicing keep it in the fairway.

The Epic Max driver is the most forgiving of the three.  This is due in large part to a high MOI.  Combined with adjustable perimeter weighting, it’s not hard to see why this driver is perfect for players that want more out of off-center shots.

The head also features a 17-gram movable weight that further allows golfers to create their desired shot shape with nothing more than the turn of a wrench.  In testing, Callaway found that shot corrections of up to 16 yards could be realized by moving this weight.

The “LS” in this driver’s name stands for low spin.  This is a desirable characteristic for better players with fast swing speeds and high ball flights.  It makes sense too, lower flights with less spin aren’t as susceptible to being blown off line in the wind.

Everything about this club’s design is “neutral”.  From a CG aligned in the center of the face, to zero open and close face biases, this driver will produce shots reflective of the swing you make, nothing more.

With all that being said, the Epic Max LS is more forgiving than you might think.

While Callaway has long had a reputation for designing some of the best drivers in the game, the Epic family of drivers have received rave reviews from the best players in the game and hackers alike.
The family includes the Epic Max, Max LS, and Speed drivers. All were constructed with AI to be the most efficient and aerodynamic drivers Callaway has ever made. Combined with the latest and greatest materials and technology it’s little wonder these drivers have taken the golf world by storm.

Each driver in the 2021 Epic line comes with a stock shaft.  For the Epic Speed, you’ll find the Project X Cypher in 40 grams, or the HZRDS Smoke Im10 in 50 or 60 grams.  The same options are available in the Epic Max driver.

In the Epic Max LS, the stock shaft is the Mitsubishi MMT available in 60 or 70 grams.

The Epic Max LS is available in nine and 10.5 degrees of loft.

All drivers can be adjusted for loft and lie angle.

I’ve long been a fan of Callaway drivers.  Even though my garage, office, and basement are littered with bags stuffed full of drivers from other manufacturers (much to my wife’s chagrin), Callaway has consistently produced drivers that meet my needs.

Most recently, I had the chance to hit the Epic Max.  As the most forgiving of the lot, I found this head to be the best for my game.  It’s many adjustability options allowed me to finetune weighting, loft, and lie angle to my liking.  With the settings set all the way for max draw bias, I’ll say that my slice turned into more of a misdemeanor than a felony.

One of our writers currently plays the Max LS.  He’s a good player (though he readily admits he ain’t as good as he once was) and swings the club at a high rate of speed.  What he loves most about the Epic LS is the freedom it gives him to move the ball left and right and control trajectory.  When I asked him what he thought about this club specifically, he was all too emphatic that it wasn’t the club for weekend warriors like me.  Guess he still thinks he’s too cool for school!

The technology and terminology in driver design today continue to blow my mind.  While it’s my job to understand it, and I feel like I do more than the average person, I can’t believe we’re to the point that drivers are being designed by AI.

With that being said, the folks in Callaway’s R&D Department (who are a hell of a lot smarter than I’ll ever be) really seem to have this stuff figured out.  The reviews that all three of the 2021 Epic drivers have received have been resoundingly positive.

If you’re a golfer looking to maximize technology’s edge in your own game, one of the Callaway Epic drivers will be right at home in your bag.

How Does the Callaway Epic Max Compare?

The Callaway Epic Flash Driver is the larger club head model for Callaway’s 2019 lineup. Fit to a wider range of golfers, the standard Epic Flash offers more forgiveness and higher spin rates than the Epic Flash Sub-Zero. For golfers that love the feel and sound of the Epic Flash Sub-Zero, but need higher spin or more forgiveness, the standard model is the perfect option. These two models together help Callaway build a driver that is fast, forgiving, and perfectly fit for every golfer and swing type.

The Callaway Epic Sub Zero was one of the longest drivers ever produced when it was released in 2017. Made for elite golfers and player struggling with spinning their drivers too much, the Sub-Zero model was massively successful for Callaway. While the Epic Sub-Zero was long, it was unforgiving for golfers not striking their drivers with incredible consistency. Callaway took what was great about Epic and packed it into the Rogue and Epic Flash models.

The Rogue Sub Zero Driver is getting a lot of excitement as the follow up tour-level driver for the hugely successful Epic Sub-Zero. Coupled the performance benefits of Jailbreak technology with improved forgiveness. By reducing the weight of the Jailbreak bars, engineers could move more weight towards the back of the club head. The result was a longer, more forgiving club with high MOI. The Rogue Sub-Zero remains an amazing driver for many golfers and will be the biggest rival to the new Epic Flash Sub-Zero

Amazon.com
$403.99
Best Deal
Price history
×
Last Amazon price update was: January 17, 2022 12:01 pm
× Product prices and availability are accurate as of the date/time indicated and are subject to change. Any price and availability information displayed on Amazon.com (Amazon.in, Amazon.co.uk, Amazon.de, etc) at the time of purchase will apply to the purchase of this product.

Great review- love the fact this driver(s) cons are tied to distribution and cost – both aren’t problems with the product.